The “Indonesian-made boots” described in this Footwear News feature are produced by P.T. Venamon, one of the Indonesian footwear firms that are supported by the Canada–Indonesia TPSA Project. Turkish artist Vahap Avsar is introducing footwear to his  Crypto Spring 2019 collection of messenger bags. Venamon, second-generation, family-owned footwear manufacturer, is one of the premier suppliers to the Indonesian army as well as the local police forces. Now in business for more than 40 years, Venamon meets the challenges of building products for endurance and comfort in one of the wettest climates in the world.

PT Venamon also welcomed Canada’s Ambassador to Indonesia, Peter MacArthur, in May 2018.  Sisters Henny and Lenny Setiadi took Ambassador MacArthur on a tour of their plant and discussed the positive changes they have made with TPSA assistance. Learn more at http://www.tpsaproject.com/event/canadian-ambassador-to-indonesia-visits-tpsa-footwear-firm-in-bandung/ 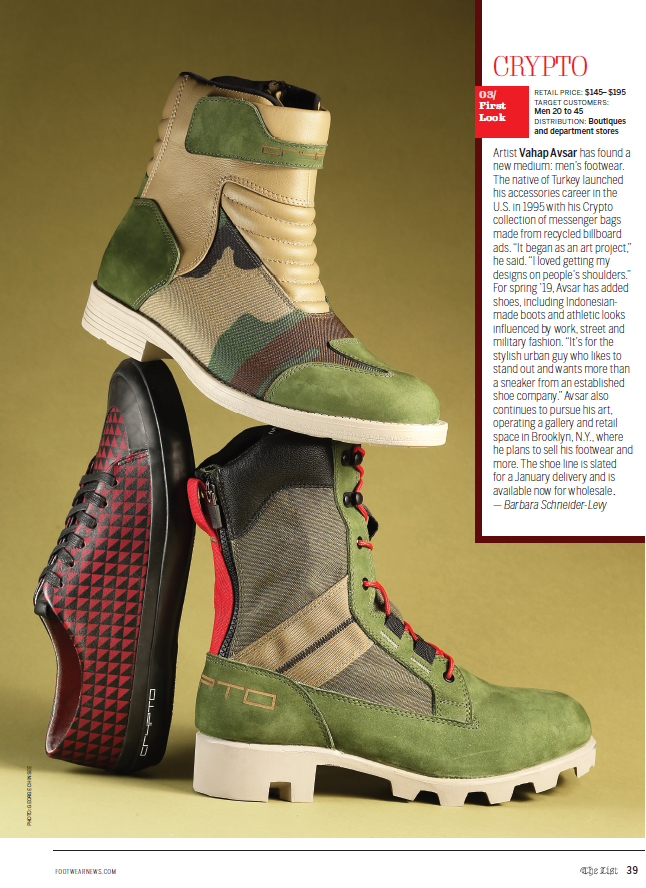